Keep clam and put your crown on!

We may not all own a crown, but we can definitely go visit a palace, to see and learn about how the royal lives in the olden days.

Hampton Court Palace is a royal palace in Richmond upon Thames, and is about 19 kilometers South West from Central London. It was built as a private estate, and was then dedicated to King Henry 8th in 1525. As the palace was built and rebuilt during two different time period, it left the palace in two distinct contrasting architectural styles – Tudor and Baroque. 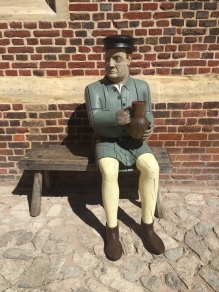 The Palace is open to the public now a days, and is one of the many tourists spots in London. The Hampton Court Palace seems less luxurious then the famous Buckingham Palace, but have a more royal touch compared to the Kensington Palace. As this Palace is situated outside of the London city, it is usually less crowded, which makes it a nice place if you prefer some quietness.