I’m sure The Smurfs brings back lots of childhood memories to people across many generations! The first appearance of the Smurfs was back in 1958, and ever since then, The Smurfs made appearances in many countries thru different mediums, such as magazines, TVs, and even on the cinema screens!

We’re all Smurfs! This summer, led by Papa Smurf, Smurfs will embark on an Asian Art Tour to convey their beliefs in harmony without boundaries. Their first port of call will be Harbour City in Hong Kong! From 13 July to 21 August 2016, the Ocean Terminal Forecourt of Harbour City will become an enormous “We’re All Smurfs!” village with a debut exhibition featuring 36 precious original works of the Belgian comic Peyo.

“I’m a bad drawer, which lets me come up with very simple designs.” – PEYO

Like what Peyo described himself, The Smurfs are very simply designed, yet, their distinct blue and white colours made a very strong impression.

Enter the world of The Smurfs where you will find 35 Smurfs at 1-metre-tall like Smurfette, Lazy Smurf, Clumsy Smurf, and Painter Smurf living happily in “We’re All Smurfs” village in Harbour City (Ocean Terminal Forecourt). 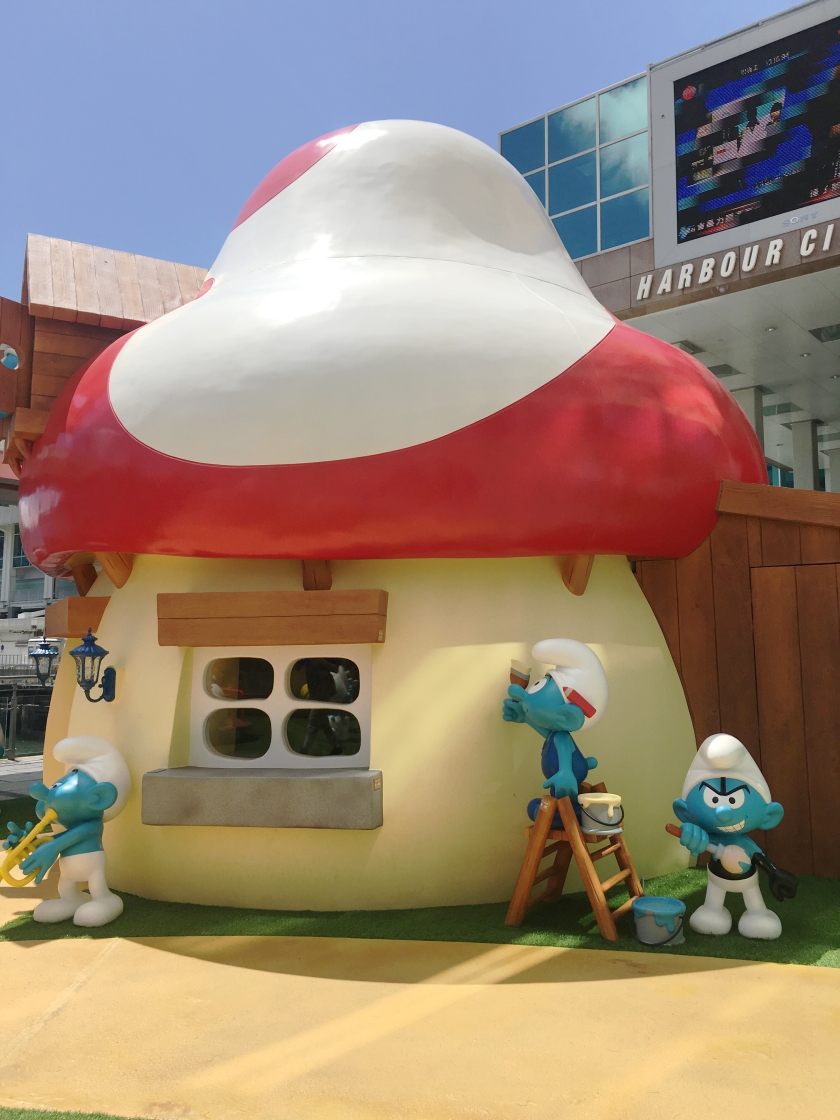 Now usually this space gets very crowded from lunch time onward. If you want to be able to get some clear shots, I would suggest you to go early in the morning to avoid the crowd. Or alternatively, forget about the people around you and pose like there’s no one there!! (Just like me!!) 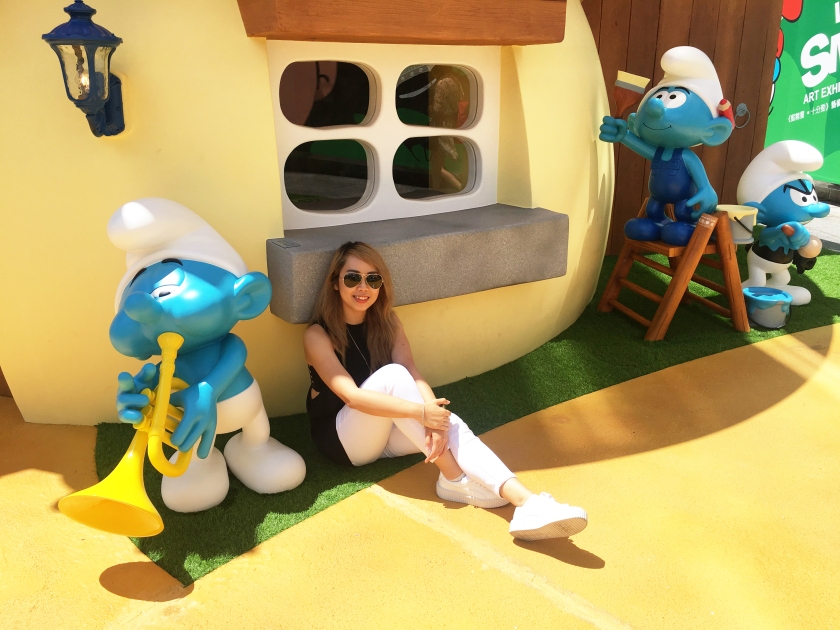 Not only will you see the cute smurfs figures, but you also get a chance to see the precious original artwork of Smurfs, including comic-strips, illustrations and the original film of the first ever Smurfs film in the cinemas! It’s the first time ever these artworks are being showcased to the public! So remember to go to the Gallery Space to check it out! 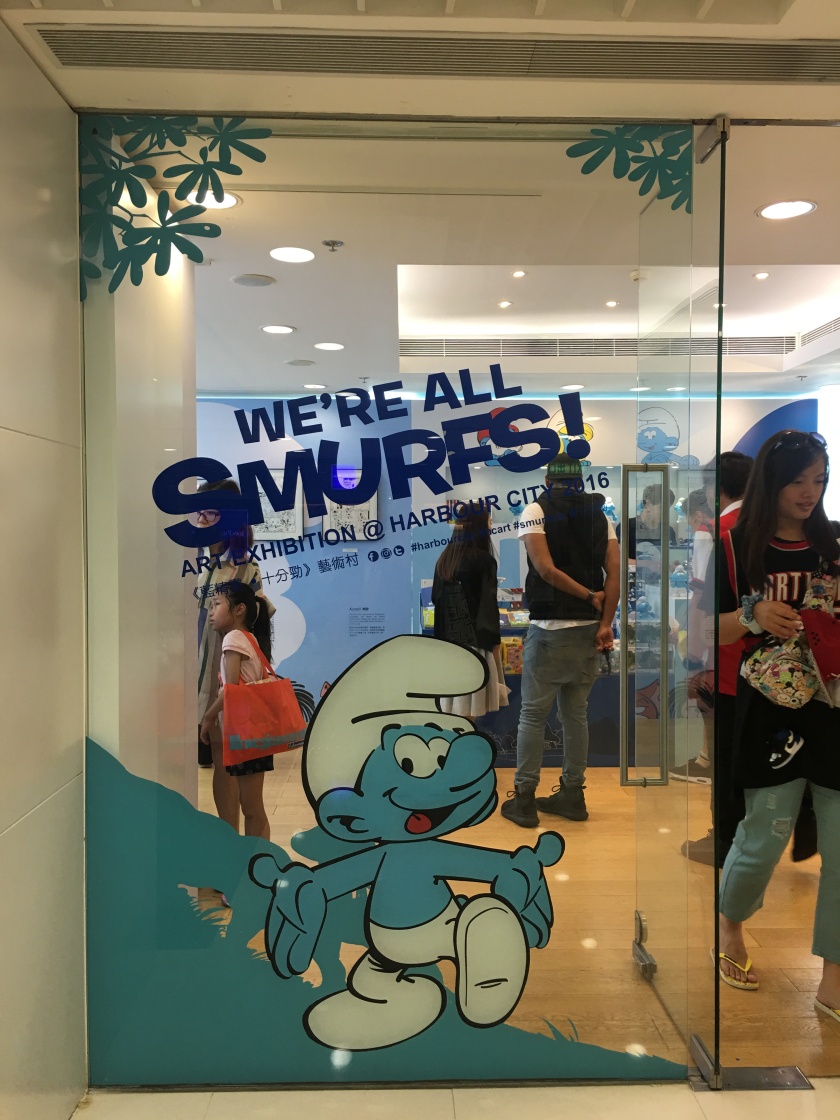 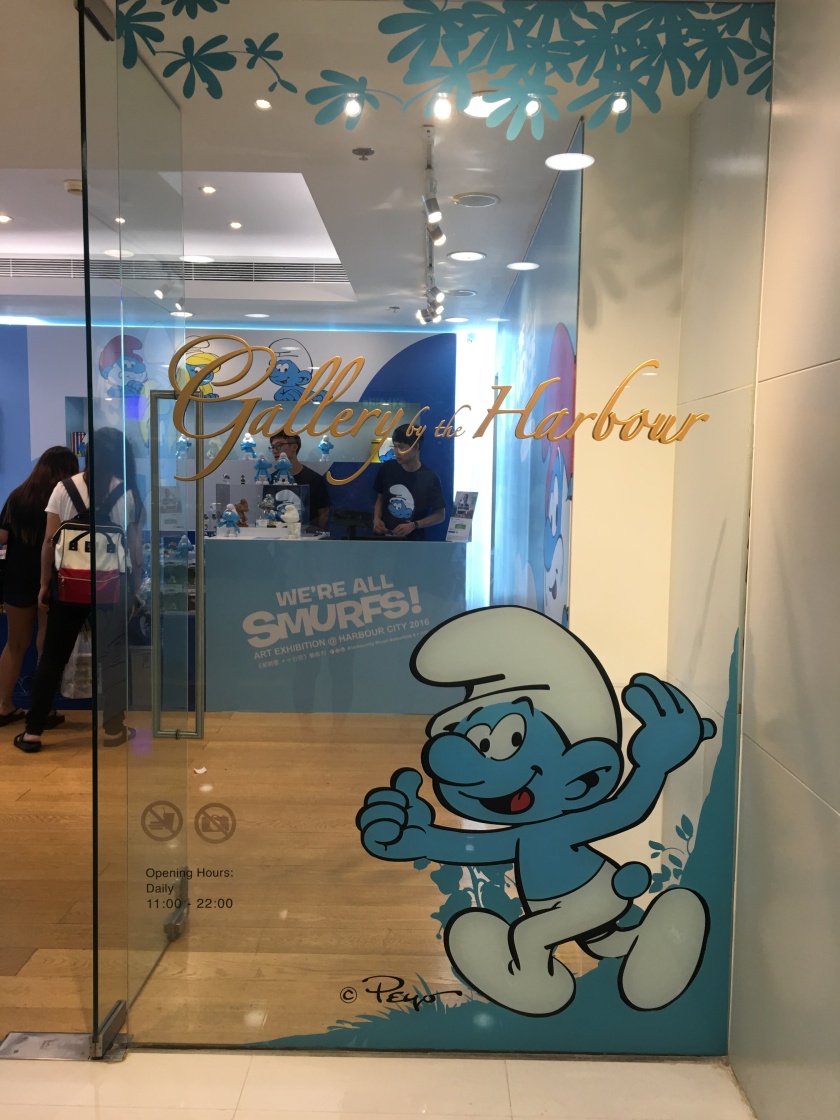 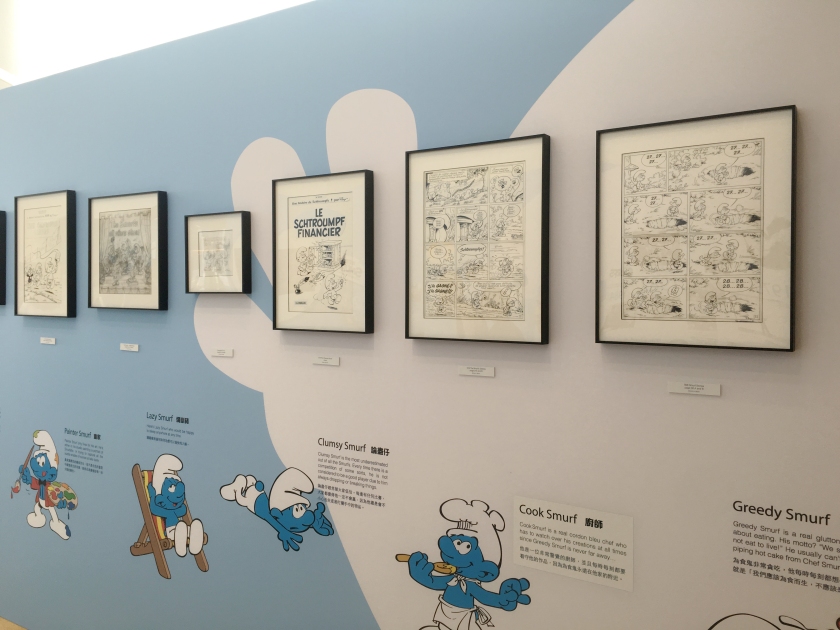 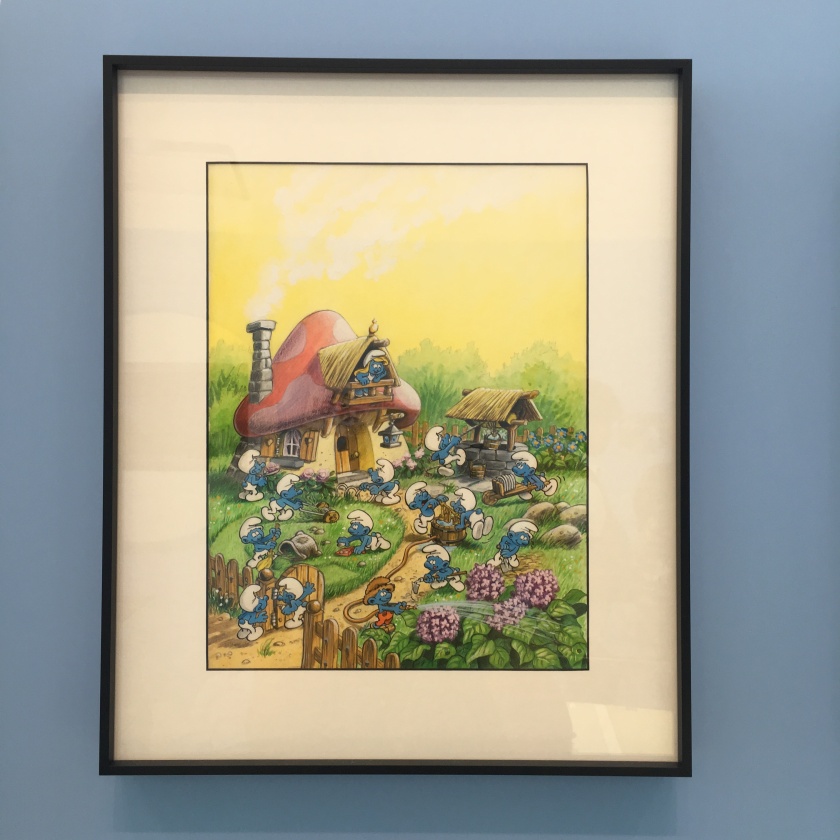 The “We’re All Smurf’s” exhibition is from now till the 21st August 2016. For more information, please visit the below site:
http://www.discoverhongkong.com/seasia/plan-your-trip/latest-promotion/smurfsartexhibition.jsp